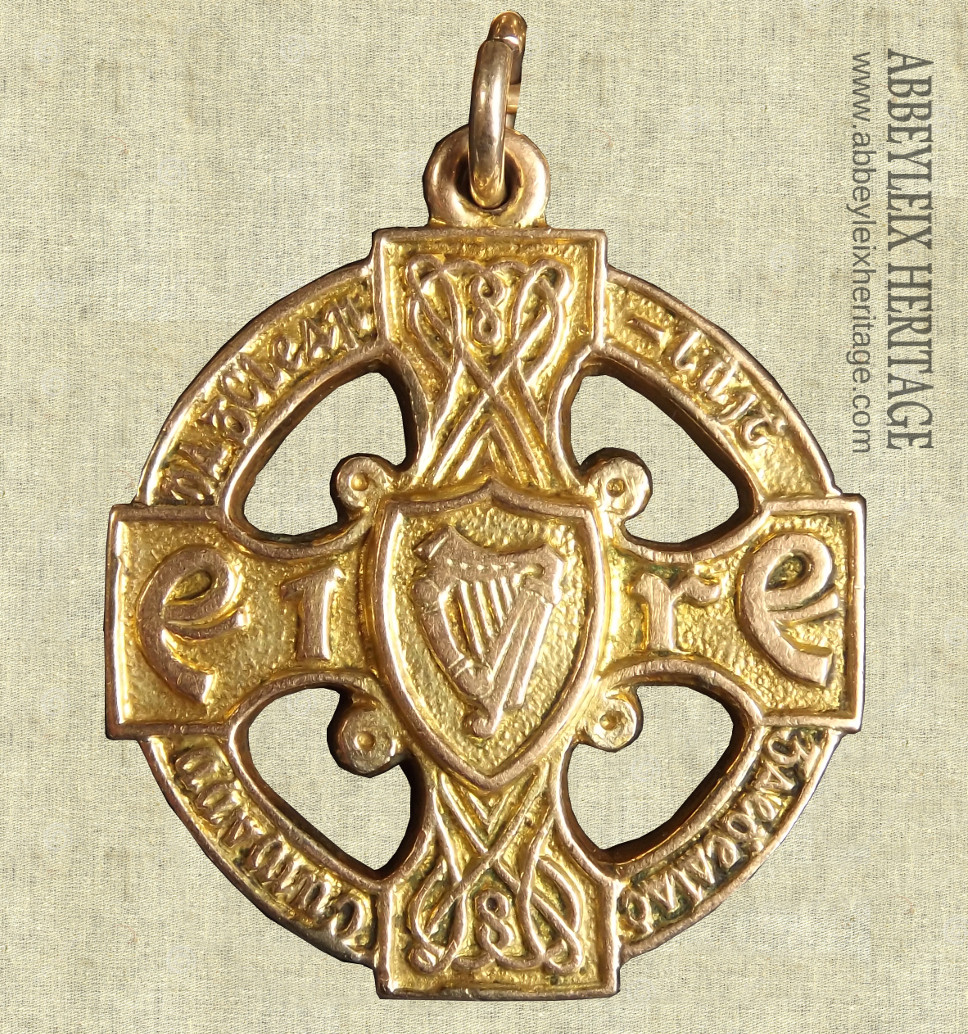 Like every other county in Ireland, Laois has always kept Gaelic sports close to her heart but through the years since the GAA was founded in 1884 the county has not been blessed with success. Indeed in the 131 years since the organisation of the GAA Laois have reached senior finals in hurling and football a total of 5 times. In 1889 and 1936 in football and 1914, 1915 and 1949 in hurling.

One of these finals was very special because in 1915 a group of men went to Croke Park but heroes returned carrying a cup.

The Road to the Final

1915 was a chaotic season for the inter county hurling. For a wide number of reasons the provincial finals weren’t played until after the All Ireland semi finals had been completed. This made for the strange situation where Clare were the Munster representatives in the All Ireland Semi Final. Here they defeated Galway, but 7 weeks later they played Cork in the Munster Final where they were defeated. This resulted in Cork rather than Clare facing Leix in the title showdown.

Leix played Kilkenny in their first match of the championship, the Leinster semi-final. The match was played in Tullamore on 6th June with Leix winning by 4-1 to 2-6

The All Ireland semi-final was scheduled to be played on 8th August with Leix, the defending 1914 Leinster title holders, due to play Monaghan. For the second year running this match was not played and Leix were again awarded a walk over.

The 1915 Leinster final was played in Kilkenny on 15th August. Leix faced Dublin who they had played in the Leinster semi final of the previous year. Once again they came out victorious on a scoreline of 3-2 to 0-5.

Going into the final Cork were strong favourites with odds of 4/1 being available on Leix. They arrived in Dublin on the evening before the match and spent the night in Jury’s Hotel. The Leix team didn’t travel to Dublin until the following morning, doing so in a special train from Maryboro (now Portlaoise).

Despite being seen by many as a one sided contest a total of almost 12,000 fans went to Croke Park to see the match. The heavens opened and a torrential downpour began 10 minutes before throw in. This was to persist as heavy rain throughout the entire game.

Leix started the match strongly, controlling the ball and putting a lot of pressure on Cork. In the opening minutes they missed the goal narrowly three times and struck the woodwork. Despite this pressure Cork broke quickly and against the run of play, scored the first goal.

Cork took control of the game putting a lot of pressure on the Leix goal, before Leix broke up field to strike the woodwork once again. At this point the game opened up with chances being created at both ends of the pitch despite the continuing rain. Cork now scored a second goal before Leix grabbed a point, their first score of the game.

Then followed a moment of magic when Laurence Flaherty scored a goal for Cork from inside his own half. The heads of the Leix players started to drop, only for them to be lifted on the 20 minute mark when Joe Phelan scored his teams first goal of the match and then bagged a second a few minutes later. Just before half time John Finlay scored his first point of the game to reduce the deficit at the break to a single point, Cork 3-0, Leix 2-2.

Leix enjoyed the better start to the second half with good possession leading to a narrow wide from John Finlay. The pressure finally told with the scoring of 2 goals in quick succession by John Hiney to give Leix the lead for the first time in the match.

After 45 minutes Leix were once again putting the Cork goal under heavy pressure and were again rewarded with a goal, this time from Jack Carroll. Cork were really struggling but they managed to rally with a point which was quickly followed by their fourth goal of the game.

This however proved to be a false dawn as Leix renewed their pressure around the Cork goal. With only a few minutes left Patrick Campion had to be withdrawn due to injury and was replaced by Sheridan. Things weren’t finished yet though as John Hiney grabbed his third goal of the game just before the final whistle to give a final score of Leix 6-2, Cork 4-1.

The general consensus after the match was that Leix were deserved winners, and that the bad weather and luck had nothing to do with winning the title, in fact some papers noted that if anything luck favoured Cork.

The victory was described as being based on the strength of the defensive partnership formed by Dunphy and O’Keeffe, the hurling skills of John Finlay in the middle of the pitch, the strength of E. P. McEvoy to hold up the ball and the pace of the other forwards running off him to create chances.

A very good book, edited by Teddy Fennelly, about all the events of 1915 has been published recently. This book is available from many outlets across the county including Heritage House.