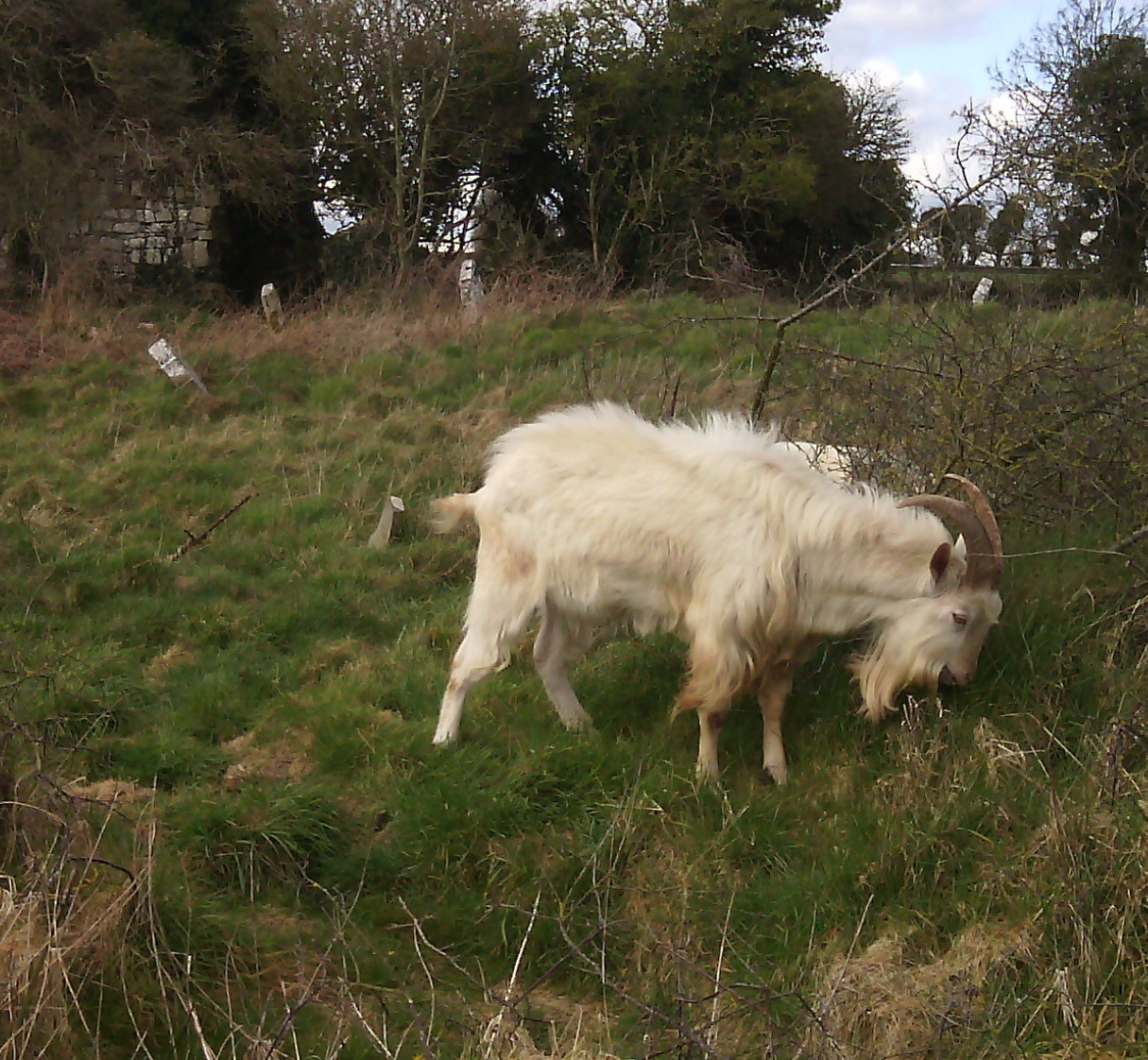 The Goats Are Going Home

This post is a follow on to one I wrote on my own blog about 2 years ago. To be honest it’s very difficult to believe that it’s that long since the goats first arrived in the graveyard.

The goats did a great job on their first visit to the graveyard but as soon as they had eaten all the convenient leaves they decided that the graveyard wasn’t the most suitable habitat for them and that a neighbouring disused quarry was far better. This wasn’t ideal but eating scrub in an old quarry isn’t a problem, eating a neighbours hedge is! We had to round up the goats and place them in secure confinement until we had a chance to do a proper fencing job on the graveyard.

We have spent the last few months trying to decide what the best way of securing the graveyard would be. Should we place Harris Fence panels around walls or add high sheep or deer wire fence a few meters outside the existing graveyard wall? In the end we decided to do neither.

The graveyard goats have been living in one of my paddocks since last summer. It was partial desperation, they needed somewhere to live, and partial pragmatism, we have sheep wire fencing to keep our pigs from wandering and we could see how good it was for keeping the goats in. It turns out that sheep wire does a decent enough job keeping goats in, but there was an easier option. We had to keep the goats away from some of our apple trees and we put up a simple three strand, white tape electric fence, it worked like a charm most of the time. The fence was originally a two strand fence and one of the goats discovered he could roll under it to get some nice fresh apple tree shoots!

Earlier this week Jonathan and I went down to Clonkeen Church armed with a drill and a pile of  short ‘pig tails’. These ‘pig tails’ are metal bars covered in plastic insulation the end of which is curled like a pigs tail to hold an electrified wire. They’re usually about 1 meter long but we got some shorter ones that were only about 30cm long. They’re also usually hammered or screw, depending on the type, into wooden posts but we drilled small holes, it turns out there is a huge variety of different materials used, 5.5mm, 6mm or 8mm in diameter and then hammered the ‘pig tail’ into place.

It was then just a simple case of stringing the fencing tape between the ‘pig tails’, connecting it up to the electrical supply and moving the goats back home. Hopefully this time the goats will stay put and eat all the briars, blackthorn, ivy, thistles and other weeds that have infested the grounds over the years.

The next stage of the project will be to try and take some of the ivy off the walls of the ruined church. If you know anyone with a cherry picker we could borrow to help with this we’d really appreciate it.